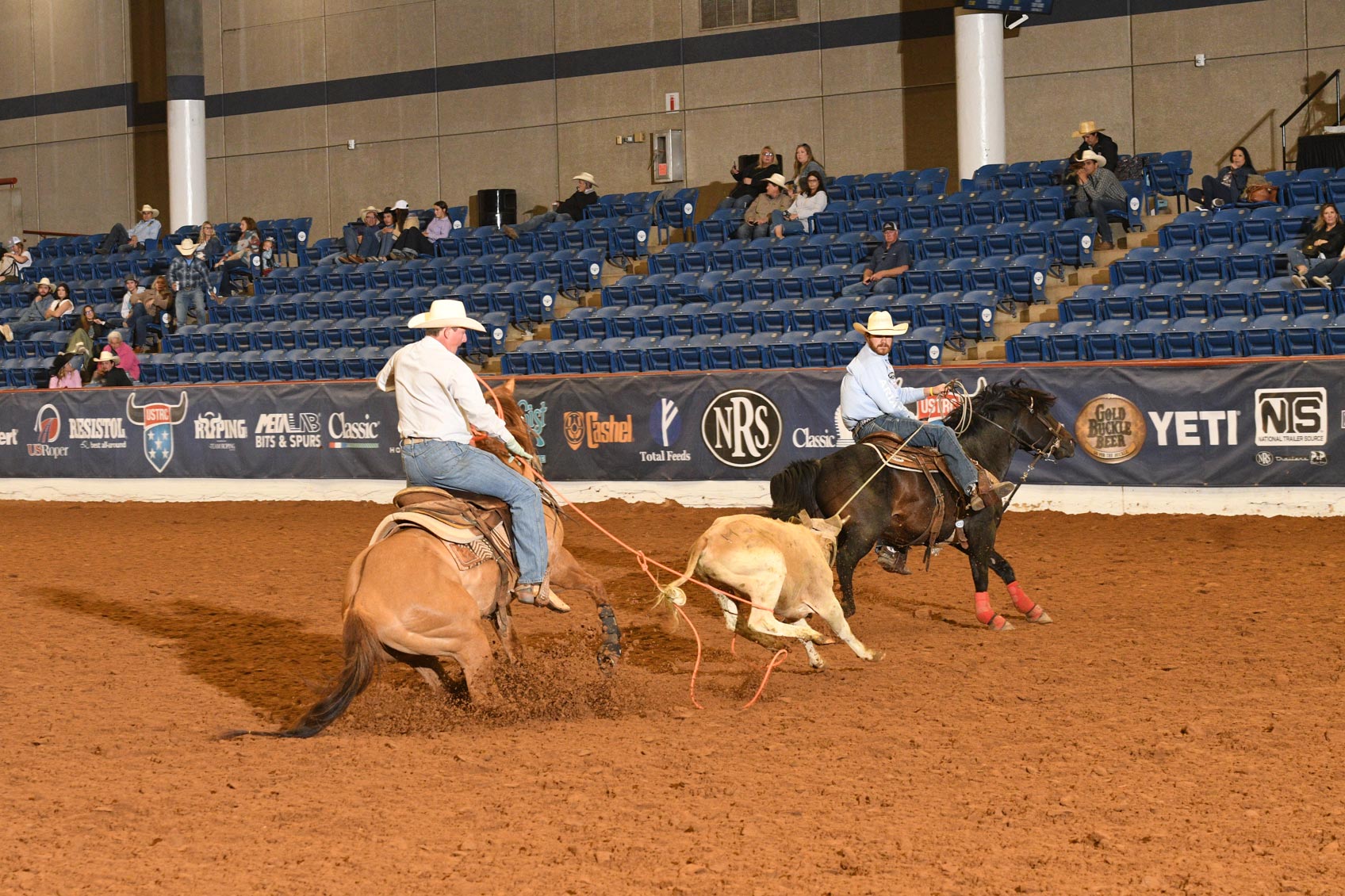 
The high team strikes again! The short round of the Total Feeds #12.5 Shoot Out had the 23rd call back team of Thomas Glisson and Josh Debord winning with a smoking time of 6.22 which put them at 31.25 on 4 steers. Try as they may, nobody could top this team until the high team of Hunter Stanley & Twister Smith backed into the box and roped a 8.33, barely nudging out Glisson and Debord by less than a second. Hunter and Twister take home $58,000, Scott Thomas Saddles, Resistol Hats, and HorsePower Boots. The Total Feeds #12.5 paid out a total of $276,000, the most money paid out in a division thus far at the 33rd Annual USTRC Cinch National Finals of Team Roping. The next and final event of the day is the #12.5 over 40 Legends which can be watched via livestream at USTRC.com, as well as on TimeTracker at GlobalHandicaps.com or on the new Global Roping app: tmrope.co/IphoneGlobal  Google: tmrope.co/AndroidGlobal