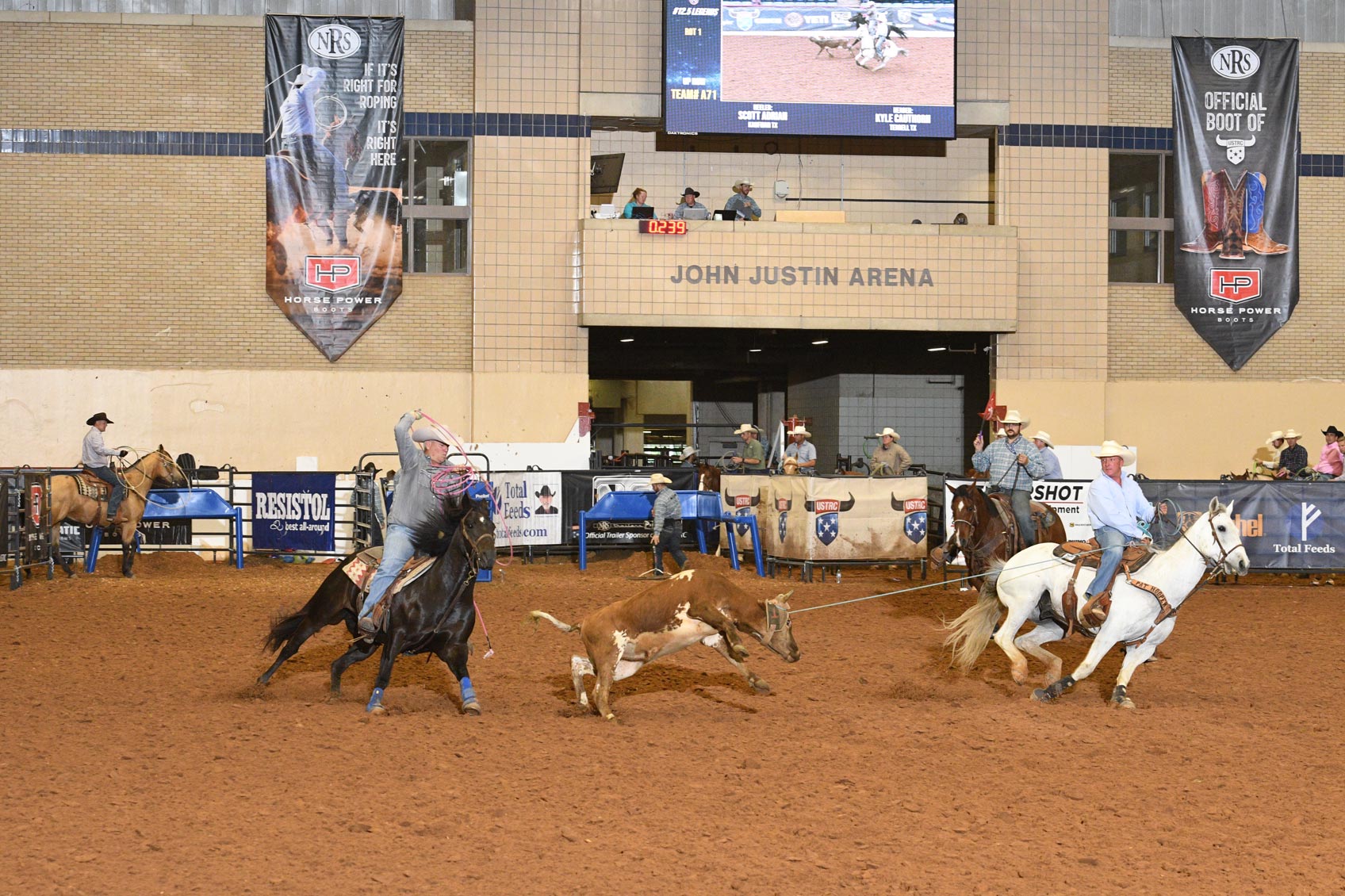 
The first Legends event kicked off on day three of the USTRC Cinch Nationals Finals of Team Roping with the #12.5 Legends over 40. The Legends events are big favorites as long time USTRC ropers, including former world champs and icons, come together.  A few familiar faces in the 20 teams that came back to the short round included Speed Williams, Tee Woolman, and G.R. Carter. The second call back team of Kyle Cauthorn & Scott Adrian walked away with the win after a miss from the high team, with a time of 8.57 on their final steer and a total time of 32.75 on 4 head. The winners take from the $82,000 total prize payout was $24,000, Gist Silversmith Buckles, and Yeti Coolers. USTRC 2022 NFTR's first woman to win money was Stephanie Roberts, who was roping with partner Chip Gress. They took home second place, splitting $17,000 with a time of 34.66 on 4. Join us again tomorrow with the IES #11.5 Shoot Out first up followed by the #11.5 Legends. All the action  can also be viewed on the pay-per-view livestream at USTRC.com as well as on TimeTracker at GlobalHandicaps.com or on the new Global Roping app: tmrope.co/IphoneGlobal  Google: tmrope.co/AndroidGlobal