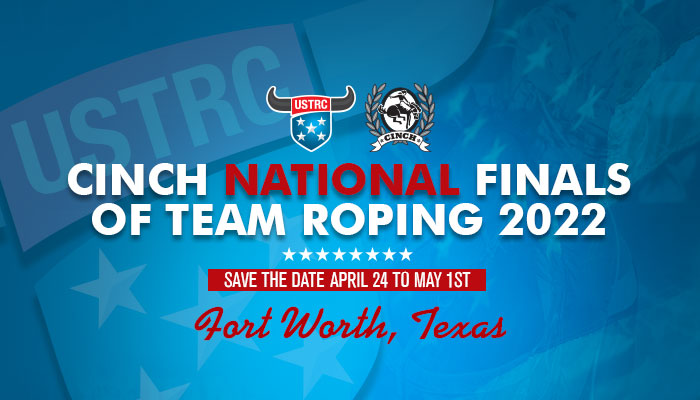 Cinch National Finals of Team Roping Heads Back to Cowtown


There are a handful of true roping hotspots that have developed over the years for a multitude of reasons: Arizona in the wintertime, Reno for a week in June, the Lazy E in Guthrie, Vegas in December during the Finale, and of course, Fort Worth, Texas at any given time throughout the year.

Due to the climate and availability of good cattle coupled with the concentration of team ropers which then leads to more and more great events, it is pretty easy to see why Fort Worth and the surrounding areas are hot spots for team ropers, not to mention competitive equine enthusiasts as a whole.

For years, USTRC ropers looked forward to an annual trip every October that landed them a few hours north of Fort Worth, in Oklahoma City. OKC was the home of the Cinch National Finals of Team Roping until the recent move, two years ago, to a new home a the Will Rogers Memorial Center in Fort Worth. The dates changed, the venue moved south a few hours, and the ropers were loud and clear on their opinion of the move!

For two years in a row, 2020 and 2021, the US Finals has felt like its old self. The turnouts have been knocking on 6,000 teams and the "feel" of the event has been extremely positive for everyone involved. Three arenas were used and teams could flow through their runs, starting at the John Justin Arena, moving outside to the Pavilion for the second run, and then wrapping up their long go-rounds with the third steer in the Will Rogers Coliseum. All of that happened in under 12 minutes! Ropers could stay "in the zone", didn't have to wait for their next round runs, and once the job was completed, ropers and their families had more time to spend at the shops in downtown Fort Worth or visit the newly redone Historic Stock Yards.

With this many teams, horses, and ropers, the flow is always of main concern. Not just how the roping will flow, but how to keep everything efficient during the check-in and unloading process. The roping arenas are the easy part. Handling everyone who drives into the Will Rogers Memorial Center relatively at the same time to park, unload, stall, and hookup is where the true magic happens during an event of this size. Keeping all of the contestants happy and comfortable is one of the USTRC's main concerns. The Forth Worth city and facility allow this to happen.

"We made some decisions when it came to parking, one-way streets, and traffic flow," says John English of the USTRC "The City of Fort Worth, the police, and the staff at the Will Rogers are so accommodating and helped us in every way possible to streamline parking, unpacking, and managing this many truck, trailers, and horses. There are times when we know, from past experience, that we could have literally miles of trailers lined up waiting to get in. We don't want that to ever happen at Fort Worth and it hasn't due to everyone putting their heads together ahead of time and then making quick decisions during the event that keeps everything flowing smoothly and most importantly keep the ropers and their horses comfortable, safe, and happy."

As the 2021 season comes to a close and 2022 is ready to kick back off, the USTRC is grateful for the continued partnership with the City of Fort Worth and has locked in dates for the next three years. The 2022 Cinch National Finals of Team Roping will be held April 24th - May 1st, 2022.

Keep checking back here at USTRC.com and on social media for schedules, updates, and to find USTRC Signature Series events near you.